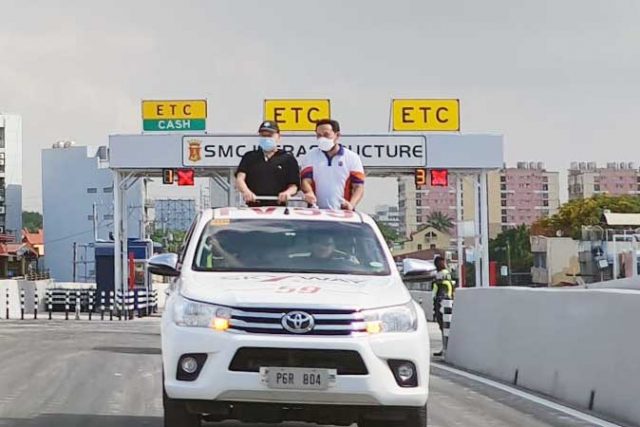 THE NAGTAHAN northbound and southbound exit ramps of the Skyway Stage 3 elevated expressway in Metro Manila opened to motorists on April 22, proponent San Miguel Corporation (SMC) announced. SMC president Ramon S. Ang, in a statement, said the opening of the Nagtahan exit ramps further cuts travel time to Manila, particularly Sta. Mesa and nearby areas. Public Works Secretary Mark A. Villar said the company has been ramping up construction work with the dry season. “The concessionaire is taking advantage of the dry season to fast-track the completion of ramps as we want more motorists to reap the benefits of additional interchanges in between Buendia and NLEX (North Luzon Expressway),” Mr. Villar is quoted in the SMC statement. Mr. Ang said next in line for opening include ramps in Quirino, E. Rodriguez, Sgt. Rivera, and A. Bonifacio.