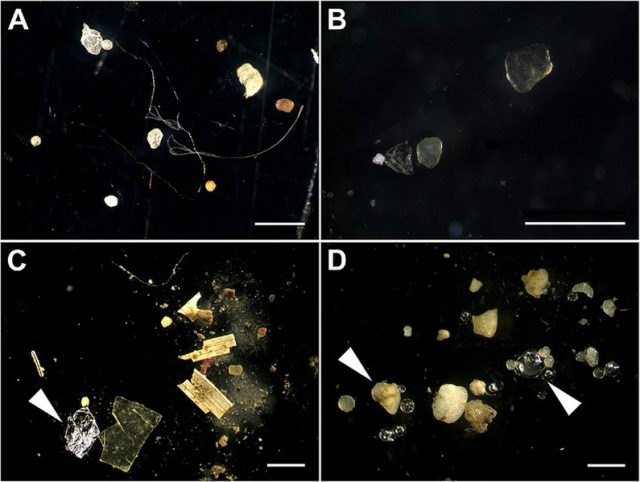 SYDNEY — Equipped with just a pan and sieve, a group of amateur scientists comb the beach looking for tiny bits of plastic that are near invisible to the naked eye but belie their threat.

“There’s evidence that we are breathing it, ingesting it in our foods. There’s lots of studies showing it’s in our water, it’s in our food products,” said Scott Wilson, research director of the Australian Microplastic Assessment Project (AUSMAP).

“There’s a good chance all of us will have some type of microplastic in our bodies at some stage — the question is what harm is that having?”

The widespread use of inexpensive disposable products has surged in the last 50 years and AUSMAP estimates approximately 12 million metric tonnes of plastic seep into oceans around the world every year.

But since plastic is not biodegradable, it breaks down into smaller pieces over time.

These fragments — known as microplastic — have even been found in some of the most remote of locations, including the Pacific Ocean’s Mariana Trench — the deepest place on Earth — and in ice cores in the Arctic.

Little is known about how harmful microplastics are, Mr. Wilson said. A 2019 study by conservation group WWF International concluded that people could be ingesting the equivalent of a credit card of plastic a week.

A pressing need to establish how widespread and harmful they are prompted dozens of amateur scientists to sign up to help AUSMAP.

“If this is going to help find answers as to how we can prevent it getting it there and maybe cleaning up what’s there, then it’s worth doing. It’s definitely worth doing,” said Sarah Cook, a Sydney resident who is one of the volunteers scanning for microplastic. — James Redmayne/Reuters