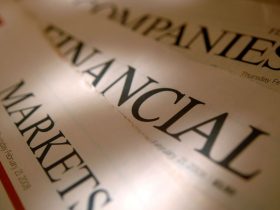 THE hog raising industry said lowering tariffs on pork imports is not needed to resolve the pork shortage.

Samahang Industriya ng Agrikultura Chairman Rosendo O. So said in a mobile phone message that the pork shortage can be addressed even with the previous tariff rates, while still allowing importers to charge P200 to P250 per kilogram.

“Increasing the minimum access volume (MAV) quota and lowering tariffs will only increase the profits of importers at the expense of Filipino consumers who will not benefit from lower pork prices,” Mr. So said.

In an address to the nation late Monday, President Rodrigo R. Duterte said his economic managers are in favor of temporarily lowering import tariffs and raising the MAV quota for pork imports.

He added that Executive Order (EO) No. 128, which lowered the tariffs on pork imports, can be withdrawn once market conditions improve.

“It is just a temporary measure to bring down prices,” he added.

Mr. Duterte also recommended that Congress increase the MAV quota by 350,000 metric tons (MT) on top of the current allocation of 54,210 MT, in order to address the estimated pork deficit as estimated by the Department of Agriculture (DA) of 400,000 MT. Hog numbers have dropped because of the African Swine Fever outbreak.

Edwin G. Chen, president of the Pork Producers Federation of the Philippines, Inc., said in a mobile phone message that the lowering of tariffs will not result in cheaper pork prices.

“The lowering of tariff will not only flood the market with imported pork, but it will also harm the local producers,” Mr. Chen said.

Nicanor M. Briones, Agricultural Sector Alliance of the Philippines, Inc. president, said in a mobile phone message that the pork supply may further deteriorate with more imports as hog raisers will be discouraged from growing their herds.

“Backyard hog raisers and small commercial raisers will be forced to stop their operations. This will worsen the supply situation,” Mr. Briones said.

Meat Importers and Traders Association President Jesus C. Cham said in a mobile phone message that Congress should not object to the EO, adding that the issues affecting the hog industry are separate from the need to lower pork prices.

“The issues should be decoupled — provide affordable pork to consumers and help the hog sector recover,” Mr. Cham said.

“Congress should not object to the EO and they should fund the DA appropriately,” he added.

The President’s spokesman Herminio L. Roque, Jr. said in a virtual briefing Tuesday that the EO is subject to revocation if Congress wants to make changes.

Mr. Roque said that under the Constitution, Mr. Duterte only exercised his authority over tariffs while Congress is not in session.

“Once Congress resumes session and they convene and decide to override the EO, they can do so since that is within their power,” Mr. Roque said.

Resolutions were recently adopted both in the Senate and the House of Representatives seeking either the withdrawal or cancellation of EO 128.

In a separate statement Tuesday, Finance Secretary Carlos G. Dominguez III said he recommended the temporary lowering of pork tariffs and increasing import volumes. The same conclusion was reached by the Economic Development Cluster after extensive consultations and deliberations.

Mr. Dominguez said the proposed pork import program will only account for 22.8% of total consumption.

“To allay the fears of our local hog raisers, the MAV Management Committee can also issue additional rules and regulations for the MAV allocation to be subject to a quarterly review as an additional measure to avoid imported pork flooding the market and depressing local prices below profitable levels,” Mr. Dominguez said.

Meanwhile, the Land Bank of the Philippines (LANDBANK) is increasing its loan support to pork producers and feed millers to P30 billion, from the original P15 billion, to assist in repopulation efforts and keep millers afloat.

The bank is expanding its loan window for hog raisers after a directive from Mr. Dominguez to double its support to the industry.

From dresses and skorts to hijabs, badminton’s women wear what they like

THE PHILIPPINE Stock Exchange (PSE) is hoping that more property ...

July 29, 2021 July 29, 2021
Load More
Get the daily email that makes reading the news actually enjoyable. Stay informed and entertained, for free.
Your information is secure and your privacy is protected. By opting in you agree to receive emails from us. Remember that you can opt-out any time, we hate spam too!