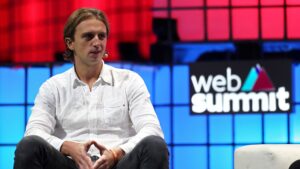 The founder of Revolut is plotting a new fundraising that will value the company at more than $10bn (£7.2bn) and cement his status as one of Europe’s youngest fintech billionaires.

It is understood that the digital lender is lining up FT Partners, the US-based fintech-focused investment bank, to advise it on a new equity-raise that would take place after the summer.

City sources said this weekend that the process had yet to get underway but that Revolut investors anticipated it valuing the company at between $10bn and $15bn (£10.8bn).

Even at the lower end of that spectrum, it would make Nik Storonsky, the app’s founder, a multibillionaire in dollar terms.

Revolut, which now has a presence in 35 countries and more than 15 million customers, is in the process of applying for a UK banking licence that will allow it to take deposits in its home market.

A separate plan to issue a $1bn (£723m) convertible loan did not materialise.

People close to Revolut said the company had no imminent need for new capital, and that its next equity-raise could involve the sale of around $250m (£181m) of new shares.

Insiders cautioned that precise figures were unlikely to be finalised for several months and would depend partly on investor demand.

The new private funding round is likely to leave Revolut a long way short of being Europe’s most valuable fintech – a title now held by the Swedish payments group Klarna.

Revolut will nevertheless rank among the most valuable technology companies ever created in Britain.

A global wave of investor interest in public and private tech companies has propelled valuations to record highs – fuelled by a deluge of US-listed special purpose acquisition companies (SPACs).

Mr Storonsky has signalled in the past that he does not foresee taking Revolut public until it is worth at least $20bn – suggesting that a listing remains some way off.

While Revolut is said to have been approached by a number of SPACs in recent months, a private capital-raise looks inevitable this year barring a radical change of heart from its board.

Revolut is chaired by the City veteran Martin Gilbert, while the former Goldman Sachs International co-chief executive Michael Sherwood also sits on its board.

The company recently introduced an equity participation plan for its 2200 employees.

It has struggled with significant compliance issues and wave of executive departures but is said to be confident that it has largely addressed historic flaws in its systems.

It plans to announce annual results for 2020 next month, having disclosed that it was profitable in November and December.

News of Revolut’s plans comes days before the latest UK Fintech Week, which will include a speech by the chancellor, Rishi Sunak, which is expected to include backing for a series of policy reforms aimed at stimulating further growth in the sector.

The UK’s other highly valued fintechs include Wise, the payments service, which Sky News revealed a month ago was planning a direct listing on the London stock market this year.

FT Partners, which has advised on a string of fintech unicorns’ fundraisings, also declined to comment.