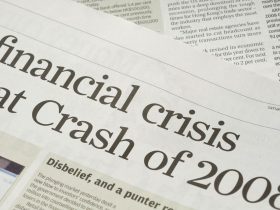 THE PESO strengthened against the greenback on Wednesday after Moody’s Investors Service raised its outlook on the local banking industry.

The local unit closed at P48.499 versus the dollar on Wednesday, gaining 5.6 centavos from its previous finish of P48.555, based on data from the Bankers Association of the Philippines.

The peso opened the session at P48.52 per dollar. Its weakest showing was at P48.53 while its intraday best was at P48.46 against the greenback.

Moody’s on Tuesday raised its outlook on the banking sector, saying it expects an improvement in lenders’ operating environment amid a “mild economic recovery.”

The ratings agency in April 2020 revised the sector’s outlook to negative when the country was in a lockdown that was expected to put pressure on banks’ profitability and asset quality.

Meanwhile, a trader said the peso climbed following the release of US inflation data.

“The peso strengthened anew from easing inflationary concerns decline after US core inflation remained relatively muted from February levels,” the trader said in an e-mail.

US consumer prices rose by the most in more than 8-1/2 years in March as increased vaccinations and massive fiscal stimulus unleashed pent-up demand, kicking off what most economists expect will be a brief period of higher inflation, Reuters reported.

The report from the US Labor department on Tuesday also showed a firming in underlying prices last month as the broader reopening of the economy bumps against bottlenecks in the supply chain, capacity constraints and higher commodity prices.

Excluding the volatile food and energy components, the CPI increased 0.3% after nudging up 0.1% in February. The largest gain in seven months in the so-called core CPI was driven by a rise in rents as well as hotel and motel accommodation prices, which rebounded 4.4% after falling 2.7% in February.

The core CPI increased 1.6% on a year-on-year basis after rising 1.3% in February. The Federal Reserve tracks the core personal consumption expenditures (PCE) price index for its 2% inflation target, a flexible average. The core PCE price index is at 1.5%.