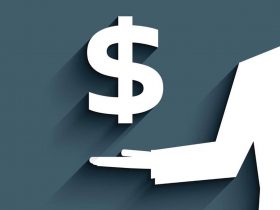 Today, a representative action has been filed in the London High Court on behalf of thousands of businesses that have been grossly overcharged for intellectual property (IP) services, as part of a secret commissions scheme.

The claim alleges that IP law firm Marks & Clerk (M&C) referred their clients’ patent, design and trade mark renewals work to CPA Global, an IP management organisation, in return for secret commissions. These referred clients – who are overwhelmingly SMEs – were unaware of these commissions and subsequently paid far more for the services than they should have. Evidence suggests that secret commissions paid to M&C are likely to be more than 20% of the total amount paid by clients to CPA Global for renewal services in some cases.

The action has been launched by Commission Recovery Limited (CRL), which was founded by Peter Rouse, an IP enforcement specialist, and set up specifically to help affected businesses seek justice and compensation. If successful, affected businesses could be entitled to the repayment of the commissions.

It is believed that these secret commissions have earned M&C between £2-3 million per year in the UK – with the total figure likely to exceed £50 million. This is money that was taken from the pockets of hardworking SMEs without their knowledge.

SMEs are the backbone of the UK economy. They account for 99.9% of the business population (six million businesses) and support 16.8 million jobs. These businesses make up nearly nine in ten of the businesses that are potentially affected by these secret commissions, spanning all sectors including manufacturing, retail and technology.

Christopher Langham, former Managing Director of The Bambach Saddle Seat, an affected business, said: “As a small business owner, our resources are often scarce and we tend to instinctively put our full trust in suppliers that are recommended to us by our advisors.

We expect these suppliers to respect us and our business, and not knowingly steal from us, with no remorse. I believe that over half of the nearly £30,000 I was charged by CPA Global in renewal fees was inflated. Without this action, I would still be completely unaware of Marks & Clerk’s secret commissions scheme.”

Being overcharged could seriously endanger the survival of affected SMEs, who have been disproportionately affected by the Covid-19 pandemic. Gross lending to SMEs in 2020 was more than double the annual total in 2019, indicating the financial difficulty many SMEs face as a result of the pandemic. This financial pressure has been exacerbated by paying thousands of pounds in secret commissions which most can scarcely afford.

Nicholas Rutter, Chief Product Officer at FireAngel Safety Technology, an affected business, said: “Investments in Intellectual Property (IP) protection are typically dependent on a business’ finances – we file as much as we can afford. If the cost of maintaining our IP rights is artificially inflated, businesses are either going to file less patents or protect them across fewer jurisdictions. Such implications are even more severe for SMEs.

This has a knock-on effect for UK innovation and the UK economy, and it is not what you expect from your trusted advisors.”

CRL believes the system of secret commissions and overcharging was put in place partly to exploit the vulnerabilities of SMEs, many of which would not have in-house resources to conduct the due diligence on legal expenses such as IP renewals.

Similarly, these SMEs would not by themselves have the means to pursue legal recourse against a large organisation like M&C. This claim provides the mechanism to support and empower SMEs to seek justice.

Peter Rouse, Founder of Commission Recovery Limited, said: “It is simply unacceptable that a firm like Marks & Clerk would develop a secret commissions scheme, solely designed to line their own pockets while exploiting the very businesses they claim to serve.

We want to provide a mechanism for affected businesses – who have been taken advantage of for years – to seek the justice and compensation they deserve. The potential damages owed could be the difference between survival and insolvency for SMEs across the country.

CRL are committed to holding M&C and other professional organisations to account for their actions and prevent the future exploitation of vulnerable businesses.”

JOB SEEKERS fill up documents during a job fair at ...