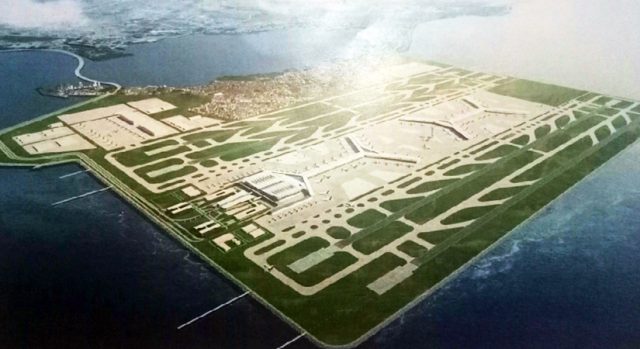 THE CAVITE government has extended the deadline for prospective bidders of the Sangley Point International Airport project to buy bid documents due to the quarantine restrictions imposed on the province.

“In response to written requests and in view of the recent ECQ (enhanced community quarantine) status declaration in NCR (National Capital Region) Plus including the province of Cavite, please be advised that the deadline for the registration of Candidate JV (joint venture) Partners and the purchase of the RFP (request for proposals) for the second bidding of the… project has been extended,” Renato A. Abutan, Cavite’s Public-Private Partnership-Selection Committee chairman, said in a notice published April 6.

He said the new deadline is May 14. Interested parties can register as candidate JV partners and purchase the RFP package, which includes details of the project feasibility study including the schedules and updates, the instructions to candidate JV partners, and the draft joint venture and development agreement, up to that date.

The documents were initially available between March 1 and March 30.

Interested parties should submit an intent letter, sign the non-disclosure agreement, and pay the non-refundable participation fee of P1 million or $20,000 before being given copies of the bid documents from the province, which is the implementing agency for the project.

Among the responsibilities of Cavite’s joint venture partner are to provide the necessary equity investment and debt financing.

The selected partner should also secure or perform engineering, procurement, and construction services for the land and airport development components of the 1,500-hectare project.

The province is hoping to sign the joint venture and development agreement by July 1 at the earliest.

At a conference on March 18, Sol Castro, the Cavite government’s consultant for the project, said that the province will allow its future JV partner to co-own portions of commercial land that will be created by land reclamation.

But foreign ownership of land will remain restricted because the province will now require its JV partner to be 51% Filipino-owned or controlled.

“As a result of a policy decision by the province in response to the national security issues that have been raised, it is now required that the JV partner, whether it is a single entity or a consortium, is Filipino-majority owned and controlled,” Mr. Castro said.

Lucio C. Tan’s MacroAsia Corp. only had a 40% stake in the previous consortium that negotiated with the province for the airport project, while its foreign partner China Communications Construction Co. Ltd. had a 60% stake.

Mr. Castro said that the option to co-own portions of the reclaimed land is “essential” to the project when raising debt financing. — Arjay L. Balinbin